In the second half of XIX — early XX century in the Ufa Province there already was (as part of the mixed regional economy) large agribusiness, at first only in the form of nobles’ latifundia. Later merchants (urban entrepreneurs) started active investments in the agricultural production, although until the end of the empire the merchants’ agricultural enterprises had not surpassed in scale those of the nobles. At the same time, both peasant farms and large enterprises of rural entrepreneurs developed rapidly. The article considers the general statistical information on landlord, merchant and large peasant (virtually farmers) enterprises of American type, and presents some examples of the most outstanding agricultural enterprises of landlords, merchants and peasants. The author believes that after the abolition of serfdom there were two obvious tendencies in rural Russia — on the one hand, the collapsing landlord economy, on the other hand, quite successful integration of a number of large landed estates into capitalist agricultural production together with even more impressive growth of merchant and large peasant capitalist agricultural enterprises. All this indicates a significant potential for the development of large capitalist agricultural enterprises in post-reform Russia, which the author considers on the example of the Ufa Province to re-evaluate the prospects of the large agricultural production in the Russian history.

The Russian Peasant Studies is published by the Center for Agrarian studies of the Russian Presidental Academy of National Economy and Public Administration (RANEPA) since 2016. ISSN 2500-1809. Frequency - four issues per year. The Russian registration number is PI FS77-65824 27-May-2016. Open access: All volumes and articles can be downloaded for free in the PDF format. Russian Peasant Studies included to Russian Science Citation Index, Russian Science Citation Index Core, List of Journals approved by Russian Hihger Attestation committee (Ministry for Sciende and Education) and  Scopus database. The publisher: Delo Publishing House of the RANEPA. Hard copies of the journal can be purchased at the Delo e-store or by subscription in the "Press of Russia" Agency (subscription index - Т81017). Full list of the RANEPA Journlas 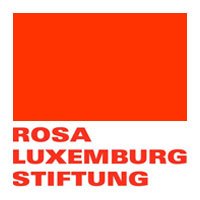 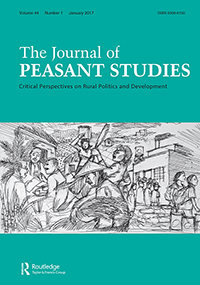